Sup vaping people! This is a review for a new e-liquid from the Vaper Empire company that has become a household name with Australia and New Zealand’s e-cig users. The vape juice is called Orange Crush and it’s a soda-flavored vape juice that’s truly out of the ordinary.

The company that makes it, Vaper Empire, is not one of those cheap e-juice brands, they’re all about that quality and it really shows in their new Orange Crush e-liquid.

No matter what Vape Empire juice you buy, they are all TPD compliant. They’re made in clean rooms and they’re made from premium ingredients. This is the good stuff, in case you’re wondering. 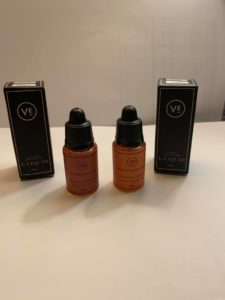 The Vaper Empire company’s Orange Crush e-liquid is smooth and fizzy. The taste of orange does not go unnoticed. It’s fairly sweet but you probably wouldn’t consider it a dessert e-juice even though it tastes like something you might enjoy after dinner.

While the menthol is there, it really isn’t noticeable unless you’re thinking about it. It really just rolls over the taste buds like a fizzy orange soda, which might sound odd but it’s a real treat once you try it. For vapers that are tired of the same flavors, this is one that must be tried.

The bottle that Vaper Empire uses for their Orange Crush is a simple one. It has a classic look to it. While some of the other vape juice companies are making their bottles look like what you might expect from a box of sugary cereal or a bag of candy, Vaper Empire kept things simple and to the point. The bottle says Vaper Empire, Orange Crush, and Classic Collection.

This is probably why you’re reading this e-liquid review – to find out what it tastes like. Orange Crush tastes like it sounds. It tastes like an orange soda. It’s fizzy, refreshing, sweet, and orangey. If you like orange soda then this is one juice you have to vape. It’s good enough to be your main juice and delicious enough to be something special that you enjoy when the mood strikes. However you use it, you’re going to enjoy it. 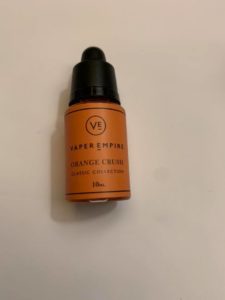 Vapers bored with their e-cigarette juices and those who are in search of something sweet, something fizzy, or a new fruit flavor that has a little bit of bite to it are going to want to try Orange Crush by Vaper Empire.

It has a little more throat hit than some of the other e-juices from this company because of the menthol that’s in it, but it’s not a strong menthol so don’t expect it to overwhelm the senses because it actually comes across as more of a smooth orange soda vape juice. If that sounds like something that you would like then you should try this juice because it’s a very well-made flavor from a vape company that is known for the quality of its juices.